To properly describe what it’s like to ride the 2017 Aprilia Tuono, I’m enlisting the help of a song. A beautiful Italian opera would be fitting as the Tuono has pipes like Pavarotti. A dreamy love song works too, as would a soulful melody that inspires me to the stars. I haven’t chosen any of those.

Rather, my pick is the thundering drinking song ‘Eleventh Hour’ from legendary metal band Lamb of God. In it, wicked double-bass drumming underpins brutal lead guitar and lead singer Randy Blythe’s manic howling. Blythe’s inner temptations are painted as a sinister black-winged demoness whom he is powerless to resist.

I couldn’t help but feel the Tuono wrap me in a similarly intoxicating embrace with every squeeze of the throttle. I found myself wondering how often I could sneak out to ride, how many miles I could fit in, who might notice I was gone.

Based on the RSV4, Aprilia’s championship winning superbike, the Tuono blends 9/10ths of that bike’s savage performance with the convenience of upright bars, fewer fairings, and a more comfortable seating position. The Factory version (which this particular bike is) features premium Ohlins suspension, sticky Pirelli tires, and stunning ‘Superpole’ graphics. 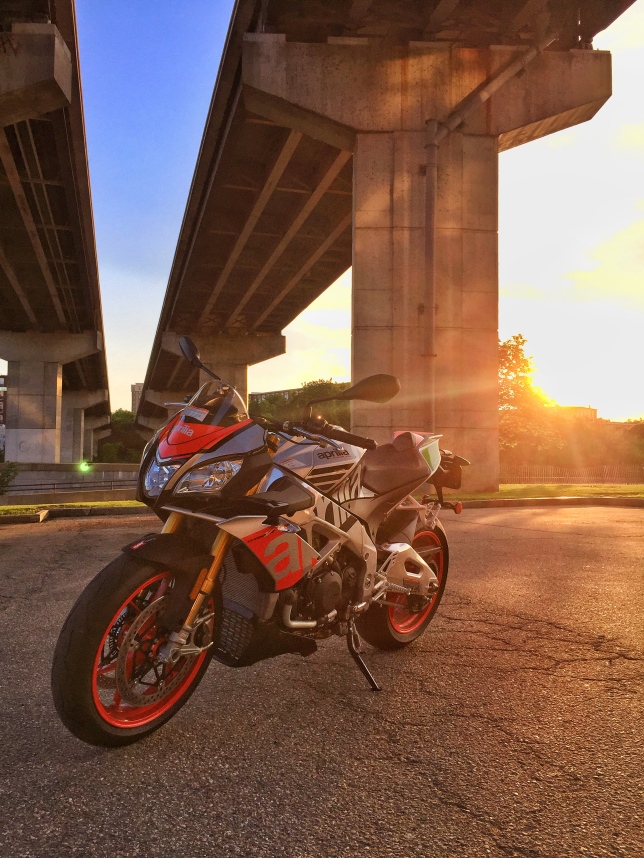 At the heart of the entire experience is a glorious 175 horsepower, 1100cc V4 engine. At full chat, the Tuono will rob you of your definition of ‘fast’, break it over its knee, then burn it to the ground. The party really starts north of 5,000 rpm when the whole bike simply ignites. Plumbing the full depths of its performance on the street is a) impossible, and b) foolhardy. The only place you could even get close to its potential is on a track. It might look less aggressive than the superbike it’s based on, but the Tuono will genuinely embarrass all but the most hardcore motorcycles.

Accompanying this ferocious turn of speed is one of the world’s great exhaust notes. The V4 bellows like the unholy lovechild of a MotoGP bike and an erupting volcano. Even at low speed the Tuono is a cacophony of noises: the transmission rings and clangs like a rally car’s straight-cut gearbox, the intake sounds like it’s trying to inhale the entire earth, and the engine thrums metallically.

And, it’s not just the Tuono’s power and sound that woos, there’s also a beautifully sorted chassis and excellent handling. It’s a breeze to maneuver around town, nimble and razor sharp when the going gets twisty, and confidently planted at speed. The seating position is also interesting: you almost feel like you’re sitting on top of the bike rather than inside it because of of the low profile tank and thick seat. While the tank is low, it’s still easy and natural to squeeze with your legs for extra stability. Braking performance is equally impressive as a firm stab of the brakes sheds speed like you’ve just ridden through quicksand. 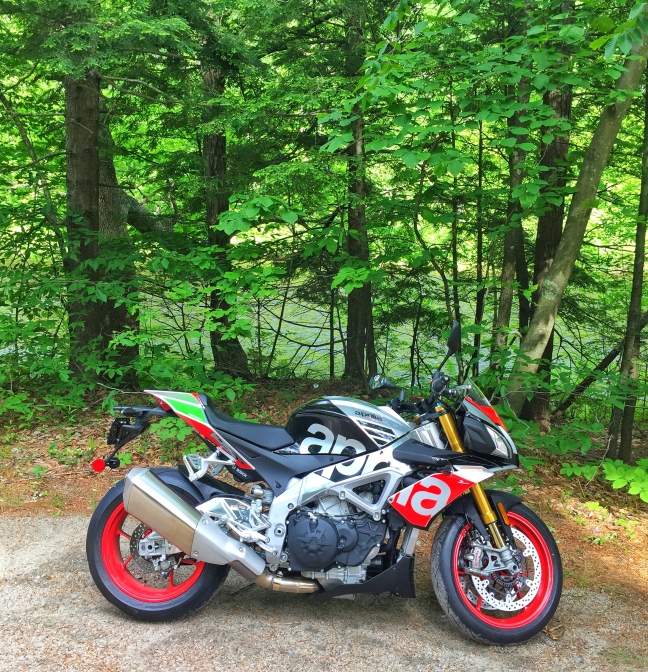 For 2017, the biggest upgrade to the Tuono comes in the form of a completely reworked electronics suite – wheelie control, launch control, cruise control, cornering ABS, and traction control. Each system is adjustable on the fly with a few simple clicks on the handle bar mounted controls.

Also new is an autoblip downshifter to match the existing quickshifter. With every downshift, the exhaust punctuates the air with a satisfying WHAP. While both gear change systems are flawless when you’re really on it, they do struggle a bit under normal riding. Shift using anything less than firm inputs and judicious throttle, and you’ll likely get a few cranky, recalcitrant gear changes. My only other gripe was how at low speed the throttle could feel like an on/off switch, making smooth slower riding slightly challenging.

Ultimately, those annoyances are of minor importance. It was honestly difficult to try and remain objective for this review and look for negatives with the Tuono: spend any time on one and you’ll know exactly what I’m talking about. It has an uncanny way of making every ride feel like one to be savored. It’s an intensely desirable and versatile machine that can punch like Tyson, corner like Marquez, and sprint like Bolt, but can also settle down for long rides in relative comfort.

So, too, does the Tuono beckon you to hunt down another bend in the road, bask in another rush of power, and ride it again and again. 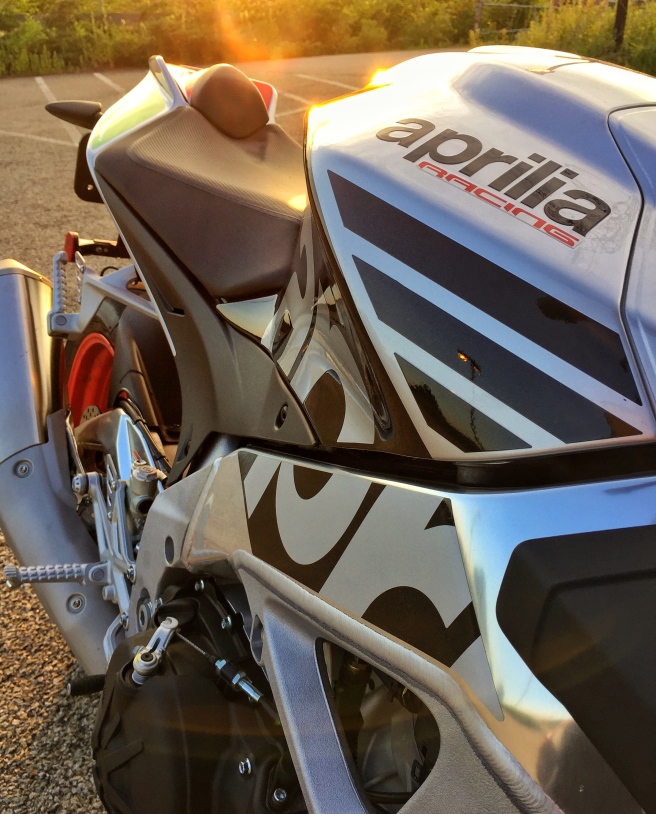