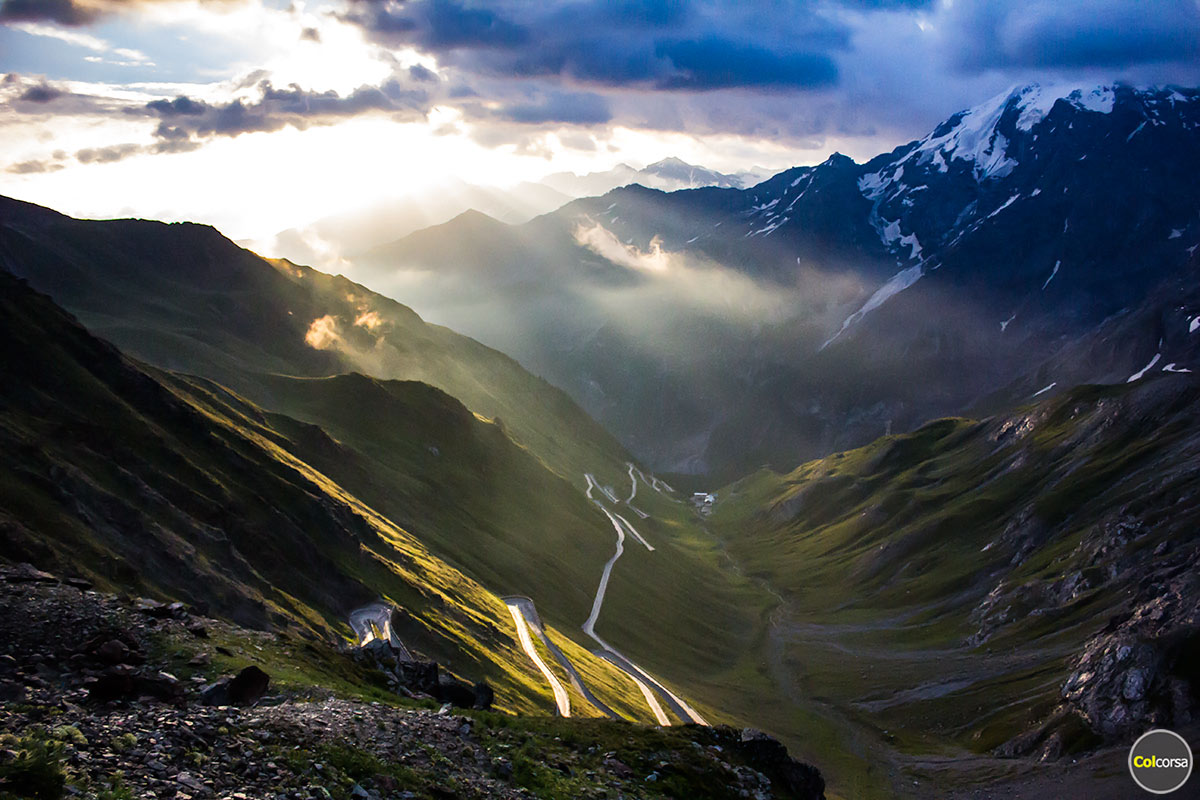 I know I’ve got my arms around a powerful dream when it ignites a kind of desperation in me to have it, own it, hold it before it disappears: I’m learning it’s wise to pay attention to the ideas that steal inside and prick at your heart with such cold, sweet longing. I’ve been thinking a lot lately about the significance of dreams and felt compelled to write about what moves me. Cars have been a part of my life since I was a little kid pushing Matchbox cars across the carpet, making engine sounds with pursed lips. I stared this blog from that same passionate place – this is the adult equivalent of toy cars and mouthed exhaust notes – and I thought it would be fun to share my Top 5 motoring dreams.

People sometimes ask me what my favorite car of all time is. There is *literally* no way to answer that question because the answer is constantly changing. Same thing here – this list is fluid and flexible and in no particular order. I’d love to hear your thoughts on this list and what your own motorized dreams are, so feel free to leave a comment below. Thank you for supporting my passion!

There are an unlimited number of incredible driving roads that could/should be included on gearhead’s bucket list – the Blue Ridge Parkway, California’s famous Highway 1, or the Transfagarasan Highway in Romania to name a few. But, it’s the Stelvio Pass that earns a spot in my Top 5. Imagine you’re a kid again and someone hands you a magic marker and tells you to draw the wildest, most wonderful road you can think of. Marker in hand, you concentrate and begin to scribble – crazy hairpin turns, long straights, maybe even a mountain or two to climb. You’d put every cool element you could think of into a single road. The end result would undoubtedly be the Stelvio Pass. I mean, just look at it! It’s gorgeous! Located in the Italian Alps, this breathtaking mountain pass manages to pack 48 switchbacks into 15 winding miles.

Can you imagine what it would be like to hustle this road in a red Ferrari convertible? Sun beaming down amidst snow capped mountains silently stretching skyward? Hairpin after hairpin rushing toward you – brake, turn sharply, jump on the gas and ride it out, brake, turn sharply… Or, what it would be like to throw a leg over a (insert Italian motorcycle brand here – we are in the motherland, after all), and assault the road that way? I struggle to think of any other road that inspires the way the Stelvio Pass does. It’s honestly the stuff of dreams.

Something happens inside me when I get around racing, and I’m not quite sure what it is. It doesn’t matter if it’s watching Valentino Rossi hang off the side of his MotoGP bike, or Fernando Alonso sliding into the cockpit of his Formula 1 car, or heck, even when I put on a helmet at a go-kart track. It pulls at something in me to, I don’t know, do things. Be better. Get off my ass. Hustle. It’s that desperation thing I mentioned. I’m acutely aware that all hope is lost for my chances at going pro, but I can still, like, compete in rich gentleman’s leagues and stuff, right?

There are a litany of reasons why going racing won’t work – too expensive, too dangerous, I’m too old, I’ve never been, I don’t own anything to race. I say: screw all that. If you do the work, you’ll find the solution. Besides, other people have done it which means I can too. And why not? I’m starting to understand that if something continues to tug at your heart over and over and over again, it probably feels that way for a reason. It would be the easy, comfortable thing to remain a spectator and not do what it takes to go racing. But when something feels like this, how steep is the price of ignoring it?

I can only imagine that visiting the Ferrari factory in Maranello, Italy, is like visiting God’s holy workshop. Mixed in with spare parts of animals still to be discovered and people yet to be born, are the camshafts, piston rings, and crackle-coated intake manifolds for a Ferrari V12. Someone doesn’t even have to be into cars and there’s a great chance they still understand what the name “Ferrari” entails. My earliest car memory is of a red Ferrari Testarossa in Lake George, NY one warm summer night. My sister and I were downtown getting food, and after seeing it drive by, I actually ran out into traffic to stand behind it as it sat at a light. If I focus hard enough, I can still see the wide straked rear-end, still hear it growling, the way the sound reverberated in my chest.

There’s a certain mystique about Ferrari that few other brands can match. Part of it is Ferrari’s racing pedigree, which is nearly peerless. Part of it is the powerful role the brand plays in popular culture. Another is the certainty – the same certainty that the sun will rise again tomorrow – that every new Ferrari road car will continue to raise the performance threshold. And another is just that damn gorgeous shade of red. Whatever it is, consider me hooked. Honestly, I’m not sure if Ferrari even does factory tours for us “regular people” (someone let me know if they do?), but I don’t care. I’m going. Combine this with driving the Stelvio Pass and there’s a good chance I’d never leave Italy again.

What is there to say about the Pebble Beach Concours d’Elegance that hasn’t already been said? It’s crazy, insane. Every year when the Pebble Beach Concours d’Elegance rolls around (pun!), some of the most valuable cars on earth head to California for a celebration of the automobile which has no equal. You can bet your bottom dollar on seeing the richest of the rich and the rarest of the rare.

Literally situated on the 18th green of the famous Pebble Beach Golf Links with the Pacific Ocean as a backdrop, this event isn’t a mere “car show” (those are for plebeians, my dear). It’s a week-long exhibition whose atmosphere is more akin to The Great Gatsby than anything else, and showcases pristine examples of the automobile from every era and every pedigree. Has it always been your dream to see a 1953 Ferrari 250 MM Vignale Spyder? Pebble Beach has it. Or, what about the insanely rare 1936 Bugatti Type 57SC Atlantic? This is where you’ll see it. In addition to the primary Concours, there are numerous other shows, historic races at nearby Laguna Seca raceway, and driving excursions along the California coast. In my fantasy, I’m walking around the Concours in a sun hat, Ray-Bans, a white linen suit, sipping a Mint Julep, and wondering if I’d rather take the multi-million dollar Ferrari home, or take the multi-million dollar Rolls Royce home. See how nice it is to dream?

Driving cross-country on a motorcycle

One of my greatest fears is becoming stagnant, not fully experiencing all that’s possible from life, so this entry on my list is a must. I can think of no more clear or potent example of the dream than taking a cross-country road trip on a motorcycle. I’ve always felt that driving across the country is almost our duty as Americans – to see and discover those purple mountains and amber waves of grain. And I’m not talking about a frantic sprint that has you constantly checking your watch because the office is beckoning. I mean one of those trips they write books and songs about – where time is fully yours to be savored and measured out in delicious, soulful moments, rather than by what a schedule demands.

Taking the trip in a car works, but a motorcycle brings things to an entirely different level. I won’t even bother explaining it (mainly because I haven’t done it yet), so instead, I’ll let the wildly talented bunch from Manchester, NH’s own Iron & Air do that for me. Like the roads themselves, the dreams you’ll be chasing on a trip like this would be continually moving and flowing, leading you down paths perhaps you didn’t expect and to destinations you never considered. Of all the dreams on this list, this is my most treasured.

Oh Monaco, you beautifully ridiculous stereotype, you. This tiny independent city-state on the Mediterranean Sea holds the title of having more millionaires and billionaires per capita than any other place on earth. Consequently, it’s also home to the most prestigious Formula 1 race in the world, more ships and yachts in its harbor than a full blown Navy yard, and enough supercars to make a Saudi prince weak in the knees. It’s the absolutely insane car-spotting that lands Monaco on this list. Roads here, especially in the ward of Monte Carlo, are cramped and usually bungled up with traffic. Clearly, that matters to no one. YouTube is rife with videos with headlines like, “Lamborghini Aventador brutal acceleration and sound!”. Odds are good the video is of a sunglassed, suntanned, sonofa… generic wealthy owner hammering the big Lambo through the tunnel under the famous Monte Carlo casino. Keep an eye out for my fanboy video from Monaco coming soon 🙂

4 thoughts on “My Top 5 motoring dreams”