Travis Pastrana is one of those guys who really doesn’t need an introduction with words, his deeds are what precede him: X Games Champion in supercross, motocross, freestyle motocross, and rally racing, NASCAR driver, multiple Rally America Driver’s Title winner, and action sports superstar. Pastrana has managed to squeeze in several lifetimes worth of epic adventures into his 27 years, but this interview isn’t about his exploits on the motocross track or behind the wheel of a stock car. Pastrana was gracious enough to spend some time with TDC talking about his September 8, 2010 run up the legendary Mt. Washington Auto Road. 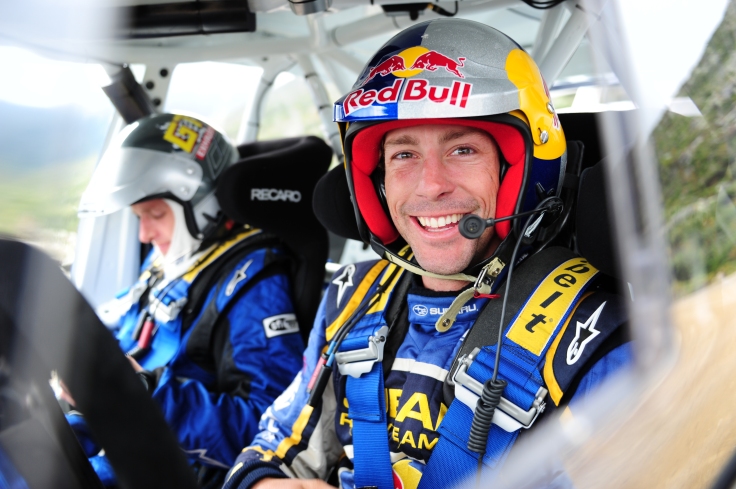 For the uninitiated, the Mt. Washington Auto Road is a twisting, undulating ribbon of tarmac and gravel that ascends the mighty Mt. Washington. Man has been climbing this road for over a century: 2011 actually marks the 150th anniversary of the Auto Road. Motorsports is also deeply ingrained here; the Road played host to the Mt. Washington Hillclimb for many years. The previous record up the 7.6 mile road was set during 1998 Hillclimb by Frank Sprongl in his 1982 Audi Quattro S2 at a blistering pace of six minutes and 41.99 seconds. A few years later in 2001, the Auto Road began a decade long hiatus from hillclimbs as sponsorship malfunctions kept the race from being run. All that changed when a joint effort between the Auto Road and Vermont SportCar created the ‘Climb to the Clouds’ hillclimb that occurred this past June. Pastrana’s run in September didn’t qualify as an official “record run” (it wasn’t held during competition), but it did annihilate Sprongl’s record by more than 20 seconds: Pastrana blitzed the Road in six minutes and 20.47 seconds. In the process, his coming to the road and setting such a quick time helped stimulate substantial attention for the Auto Road and its rich motorsports history and helped kick off its big 1-5-0 birthday celebration.  Check out two great videos of Pastrana’s run up Mt. Washington here, and here.

“It was the coolest thing; it’s truly a road that is a great rally road. Honestly, it is so good it could be fun with a horse and buggy! (laughs) When we drove it, the weather was absolutely ridiculous. It was sunny at the bottom, a little rainy in the middle, and by the end, you couldn’t even see road right in front of the car.” When asked how he was able to see when visibility is so poor Pastrana said, “As long as I have a solid ten feet in front where I can see, I’m okay. Having a co-driver is really important as well. With good weather up there, it’s definitely possible to break six minutes.”

What was the thought process behind coming to Mt.Washington to make a run up the Auto Road?

“It was always something I knew about, the Auto Road has always been famous, I grew up looking at that road. When they said they were going to reopen the road… Some of the top guys at Red Bull and Vermont SportsCar were super enthusiastic and said, ‘We have this guy who wants to run up the road.’ I just wanted to get up there and drive the road.”

“So many people were way pumped, there was good hype around it and everyone felt like they were part of something cool… Everyone was so passionate about it, that’s what made it so great… One other cool thing that happened on the road is that I almost hit a bear! We’ve accidentally hit a deer before, but never a bear… A little black bear ran across the road during one of the runs.”

During the ‘Climb to the Clouds’ hillclimb in June, Subaru Rally Team USA driver David Higgins, who hails from the Isle of Man, set a truly staggering time up the Auto Road of six minutes and 11.54 seconds, setting a “true” record time and seriously raising the bar for future drivers hoping to conquer the Road. In the process, Higgins bested Pastrana’s time by a lengthy margin. It makes for an interesting situation for Pastrana:  Higgins beat his time up the Auto Road and essentially replaced him at Subaru when he left to pursue other motorized passions, like NASCAR. (You think Pastrana might be a little competitive?)

There is little doubt Pastrana will be back on the Auto Road for another shot at the record.

How do you feel about David beating your time?

“I knew that David was going to be at least as quick as me… It was exciting to get beaten by David, I was just hoping the weather would move in on him! (laughs) It meant a lot for David to get such a good time, and I’m sure he wants to get back up there and break the six minute mark. It meant a lot to race my mentor up there, but it would be great to get that record back on American soil.”

Will you be back for another attempt on the Auto Road?

“I’d like another shot. There’s an ongoing battle for that record right now and with good conditions, breaking six minutes is definitely feasible. Who knows if the conditions will be right though in a place with the worst weather in the world!”

Pastrana has excelled in a wide range of motorsports and has performed at a tremendously high level in all of them. In one final parting question he was asked, if he had to choose, would he pick one form of racing over another?

“The beauty of it is I haven’t had to choose! From age four to 18, all I thought about was motorcycles. From 18 to 24, it was all about rally… What I like is changing my focus and now trying to figure out the new elements of pavement and racing in NASCAR. NASCAR is all about precision. You can drive a stock car really fast for about eight laps or so, and then you start to slow down because you took it too fast… Rally is all about aggression, calculated risks. Motocross is all about will. I am always looking for the new challenge.”

– Much respect and many thanks to Travis Pastrana for his time and energy for this interview. Thanks also to Vermont SportsCar for providing the photos, and for Lars Gange for taking them. Serious thanks also goes to my good friend Meg Skidmore for without her help, this interview would not have been possible.

One thought on “The Torque Tube: Travis Pastrana and the Mt. Washington Auto Road”