Read an interesting fact about the Mercedes-Benz CL recently – Mercedes-Benz will sell as many of these coupes in a year as Ford will sell of the F150 in a single day. In a single day. Not only is that difference so enormously vast it’s actually hard to comprehend, it also speaks volumes about the exclusivity of the CL, and the ubiquity of the F150. Out of all the cars offered in MB’s diverse portfolio, every model except for the G-Class SUV and the SLS AMG supercar sell fewer models than the CL, giving it a rarity that few other cars enjoy. 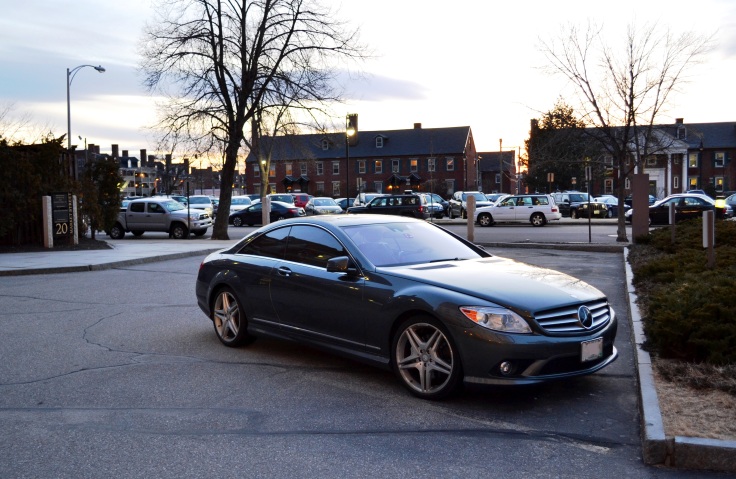 This particular model, the CL550 4Matic, isn’t barnstormingly fast, it doesn’t hold the fastest lap time at the Nurburgring, and it can’t outgun rivals like the Ferrari 612 in pure power. It’s 5.5-liter V-8 makes 382 horsepower which is enough to motivate the big coupe to 60 miles per hour in about 5.5 seconds, so world dominating power is not its game. What the CL550 does have, however, is class. And it has it in spades. The flared wheels arches, acres of creased hood, and the tight belt line that streaks from front to back, all give the CL550 a distinct and powerful presence on the road. And while there certainly aren’t any ugly cars in the MB’s stable, the CL’s design definitely makes it one of the most attractive. Inside, its standard MB stuff—vast stretches of leather blended together with wood and other high quality materials to create a cosseting and comfortable place from which to command the road.

“That’s all well and good,” you might say, “but a car of this caliber (and pricetag) needs to light my hair on fire and mash my face like Play-Doh when I step on the gas.” Fear not, because you can have your CL with heaping, prodigious piles of righteous horsepower courtesy of MB’s tuning division, AMG. Step up to the CL 63 AMG, and the comparatively piddling 5.5-liter V-8 is replaced with a 6.2-liter V-8 which makes a properly massive 518 horsepower and 465 lb-ft of torque. And if that still isn’t enough, you can dig deep into your wallet and have the CL 65 AMG which dumps the V-8 engine all together, and instead uses a 6.0-liter twin turbo V-12 to bludgeon poorer motorists into submission. 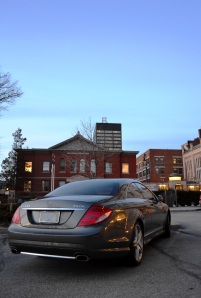 The price for this handsome coupe—which is based on the venerable S-Class luxury sedan—is about $80,000 in CL550 trim, and over $130,000 for the CL 65 AMG. That’s also a lot. There will soon be a newer version of the CL-Class hitting the streets when MB launches its refreshed S-Class sometime later this year. Let’s hope the power and class of the current generation continues into the new model. With an emphasis on power. Yeah, lots of power.