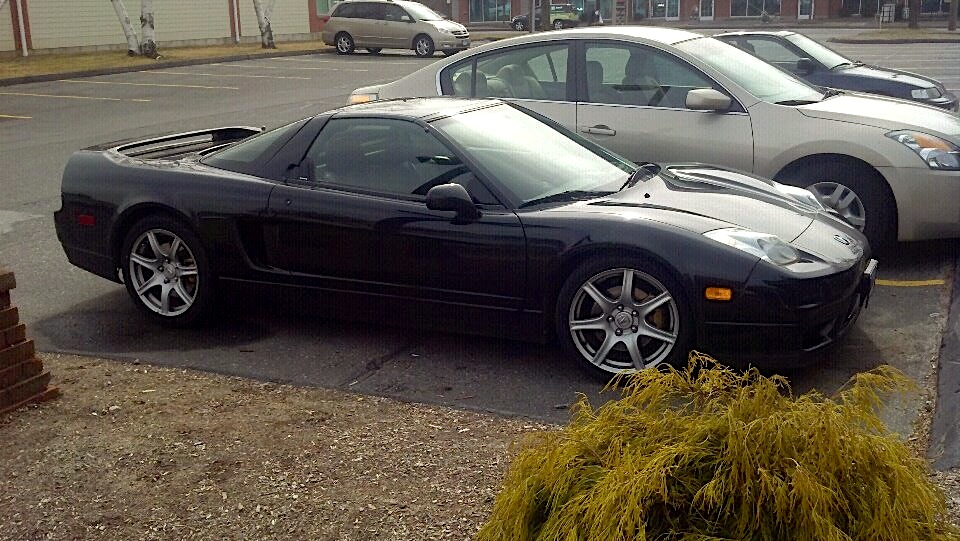 When you think of the early 1990’s, supercars may not be the first thing that pops into your brain. Here’s a list, in no particular order that arrives to mind first: TrapperKeepers, Dennis Rodman, the Goosebumps books, and Salute Your Shorts. And let’s be honest, those aren’t the modern world’s finest moments. When you stop and think, however, you realize that there was some properly epic machinery born from that decade – The McLaren F1, the Jaguar XJ220, the Lamborghini Diablo. These cars came packing outrageous horsepower, massive top speeds and appropriately massive price tags.

And then, there came a car from Japan that managed to fly under the average person’s radar. Some of that is due to the fact that it doesn’t have a gazillion horsepower, doesn’t ooze vulgarity and glitz like Flava Flav’s clock necklace, and doesn’t require the GDP of El Salvador to purchase. Despite all that, this week’s Car in the Wild has maintained its rightful place among the all-time great road cars and spawned an almost cult-like status: The Honda NSX.

Sold as the Acura NSX in the United States, this is a car that true car enthusiasts lust after. It may only have a 3.0-liter V-6 mounted amidships that produces 270 horsepower, but world shattering power was never the NSX’s game – sublime handling in a dynamic and reliable package was. The NSX was produced from 1990 to 2005, and the car pictured here is a later model, made sometime after a worldwide refresh in 2002. When Honda was designing the NSX, they used the venerable Ferrari 328 as a benchmark. Their intention was to create a car that could outperform anything coming from Germany or Italy, in a package that was more affordable and reliable. So did Honda reach their target? Well, let’s have Gordan Murray, the driving mind behind the legendary McLaren F1, answer that:

“The moment I drove the NSX, all the benchmark cars—Ferrari, Porsche, Lamborghini—I had been using as references in the development of my car vanished from my mind. Of course the car we would create, the McLaren F1, needed to be faster than the NSX, but the NSX’s ride quality and handling would become our new design target.” And as if that wasn’t enough, the equally legendary Formula 1 driver Ayrton Senna was instrumental in fine tuning the NSX and it’s other-worldly handling capabilities. (Can you get any more credibility than that? Didn’t think so.)

Shout out to Dave Tracy for sending in this photo. Whoever this is and wherever they live, car enthusiasts the world over thank you for driving this brilliant piece of automotive history. Now hand over the keys and let us drive it. Thanks.