This entry of ‘Cars in the Wild’ is a little different for a couple of reasons. First, two particularly significant cars with deep connections to the future of the automobile were recently spotted prowling the streets. And secondly, the automotive landscape is in the beginning stages of several major changes. One of these cars is a great example of how change can be executed correctly, while the other should just be executed.

The Tesla Model S is arguably the most exciting to come from America for generations. While it is not a hypercar, a track slaying racer, or a rival for a Rolls-Royce in terms of opulence, what the Model S is, is a the first fully electric vehicle that could be a viable substitute for an internal combustion engined car. Considering the dismal fate of the great majority of electric cars that came before the Model S, that is a significant accomplishment. The reason for that is many-fold, and one of the major differences in the man behind the Model S and Tesla itself.

Elon Musk is an interesting dude and the very definition of an entrepreneur. He made his first gazillion or so dollars by founding PayPal and since then, has gone on to start a private space exploration company (SpaceX), create the largest provider of solar systems in the country (SolarCity), and Tesla, a California-based car company whose mission is nothing less than to revolutionize the way the world moves. Tesla’s first car, the Roadster, was a low volume electric sportscar based on the Lotus Elise. Its price tag of over $100,000 meant that it was well out of reach of most people, but it served a greater purpose of proving to the world that an EV could be just as fast, if not faster, than many traditionally powered sportscars.

The second phase in Tesla’s plan for Ultimate Global Revolution is the Model S. This particular example was spotted in sunny San Diego, California and was the very first Model S I saw in person. Under the stunning exterior is a 100% electric powertrain and an 85 kWh lithium-ion battery pack that makes 420 horsepower and is good for an EPA estimated 265 miles. The consternation over usable mileage—a.k.a. range anxiety—has always been the Achilles heel of the electric car, but the Model S is the first EV to have a driving range nearly comparable to gas powered cars. And not only does it have great range, the Model S is also properly fast. Like, 0-60 mph in 4.4 seconds and a top speed of 130 mph fast. The Model S Signature Performance edition (best range, most power) rings in at about $100K, but unlike the Tesla Roadster, will be built in significantly larger quantities and is playing ball in the luxury sedan segment where prices like that aren’t uncommon. While the Model S can perform and make sense in the real world, it’s by no means perfect. But, it is likely the best electric car ever made, is a benchmark for future EV efforts, and will impact the future of the automobile in powerful ways. Proof? Watch THIS, THIS, and THIS. 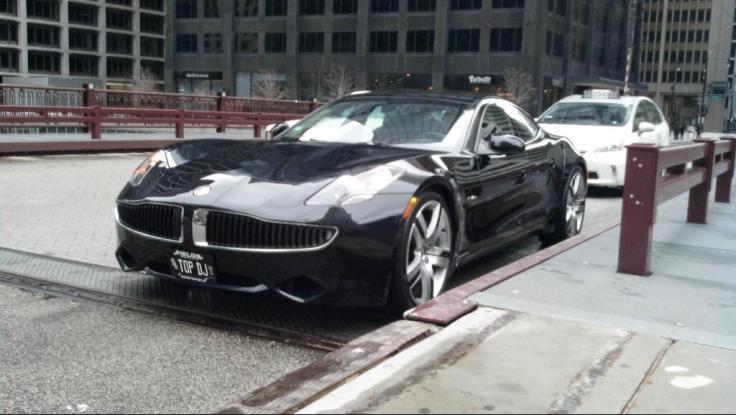 And then there is the Fisker Karma. These two cars really couldn’t be any more different. Where the Model S is a pure EV, the Karma’s electrification is similar to the one found in the Chevrolet Volt. Under the sculpted hood resides two power plants—a pair of 161 horsepower electric motors that are responsible for the car’s primary propulsion, and a General Motors sourced 2.0-liter 260 horsepower four-cylinder gasoline engine. The normal gas engine is engaged when either the battery pack is depleted or when the ‘Sport’ mode is selected. Instead of driving the wheels itself, the four-banger actaully charges a generator that electrically powers the drivetrain. On the road, the Karma achieves a 52 mpg equivalent which is good, but not great. Fully juiced up, the Karma only has a range of 230 miles, which is also a bit disappointing.

But undoubtedly the most disappointing thing about the Fisker Karma is the way the entire project has been executed. Since it’s launch, the Karma has been plagued by recalls, poor reviews, and instances of literally bursting into flames. All the while, Fisker has had to deal with lawsuits, being on the brink of bankruptcy for what seems like forever, and having the brand’s namesake, Henrik Fisker, leave the company. To top it off, for each Karma the company sells (they retail for about $110,000), it costs roughly $600,000 to make. It doesn’t take Warren Buffet to figure out that’s not exactly what you would call a “sustainable business model.” Karma’s are being sold on eBay right now for barely $50,000. Oh, and one more thing—Justin Beiber owns one and it’s chrome. *gags*

The automotive landscape is changing quickly—you know big things are afoot when Ferrari, McLaren, and Porsche all cook up hybrid hypercars. It’s a shame about the Karma, it had such potential. But, it’s the success that is the Tesla Model S that’s the even bigger story. Bring on the electric revolution.

– Many thanks and much respect to Dave Tracy for the shots of the Karma!