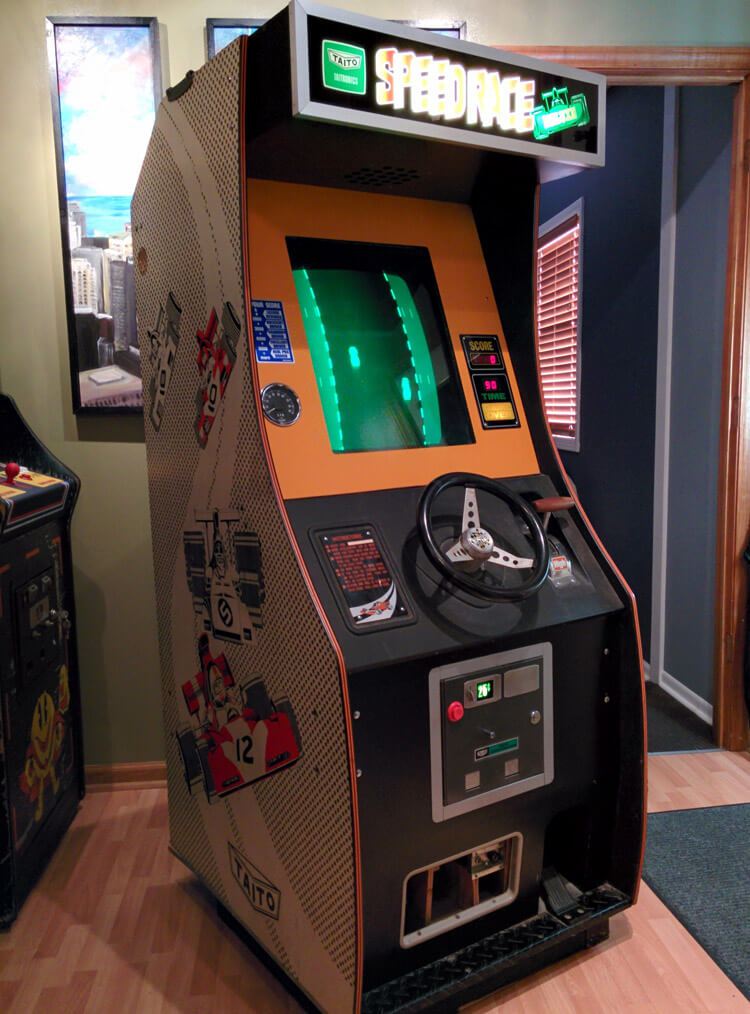 Being a car and/or motorcycle enthusiast comes with several truths. One, this passion we all share is wonderful. Two, this passion can be ridiculously expensive. And three, racing video games are awesome.

For this list, I’ve compiled what I think are the Top 10 racing video games of all-time. Now, before anyone calls for my head on a pike, this is simply a list. I realize trying to rank these games is a futile exercise, would run the risk of tainting many precious childhood memories, and would likely result in my death at the hands of internet trolls, so this is just a collection of favorites in order of their release. Enjoy! 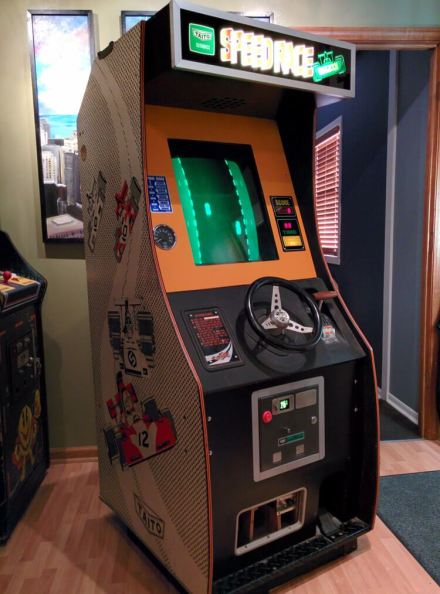 Not to be confused with Speed Racer, Speed Race is one of the original daddies of racing games. It accomplished a number of firsts for a video game, mainly with the use of a scrolling play environment where players had to dodge other cars on the track. It also helped popularize steering wheels, gear shifters, and accelerator pedals inside the cabinet (the technical name for the physical booths that arcade video games are played in).

Speed Race was published by Taito, and the company teamed up with famed publisher Midway to release the game under the names Racer and Wheels a year after the original was released. Japanese designer Tomohiro Nishikado was the man behind Speed Race, and in 1978, he created one of the most popular video games in history – Space Invaders.

The game featured sound effects, could support up to two players, and displayed a digital speedometer and tachometer, which were legitimately impressive features for the time.

Namco’s Pole Position is widely regarded as one of the most influential racing games of its generation, and likely of… *cue dramatic echo* all-time. As a testament to Pole Position’s lineage, its creator, Toru Iwatani, also happened to be the man behind Pac-Man. Not bad company to be in.

A year after its launch, the game sold over 21,000 cabinets and made some $155 million in today’s money, making it the most popular arcade game of 1983. On the technical front, the game was ground-breaking in numerous ways: it was the first to put players on a track based on a real world circuit (Fuji), and it was the first to feature qualifying laps just like in real racing. As a result, it took home the 1983 Arcade Award for best coin-operated game.

Playing the game today, it is clear Pole Position has withstood the test of time. The colors are rich, the racing is interesting and fun, and you can clearly see why it’s had such an impact on the world of video games as a whole.

While Speed Race was a racing/driving game, Chequered Flag was one of the very first driving simulators. Rather than having an overhead or third-person view of the racing environment like other games, this one displayed its environment in a first person perspective from the driver’s seat.

Many of these original game titles had names for their cars – in Daytona USA, players drove the ‘Hornet’; in Hard Drivin’, if you finished a certain number of races you took on the intimidating ‘Phantom Photon’. But, Chequered Flag takes the cake for best in-game car names: Ferretti and McFaster. A riff on Ferrari and McLaren, the premise of the game is clearly influenced by Formula 1 with players racing on famous European circuits including Silverstone, Monaco, and Monza.

Unlike many of its contemporaries, the point of this game wasn’t to compete with other players, it was to lay down the best lap time. As such, there was no multiplayer mode and you simply raced the clock. Chequered Flag featured some cool elements to make things even more realistic including pit stops and requiring fuel/engine management to finish the race.

Launched by Atari (oh, Atari, how we miss you) in 1989, Hard Drivin’ was particularly notable for its use of a manual gear box and clutch inside the cabinet, meaning you could actually stall your car in-game. It was also built using advanced 3D polygons in the creation of its environment.

It was around this time period that video games began to introduce ideas and gameplay concepts that we now regard as industry standards. Hard Drivin’ was one of the very first games to introduce players to “instant replay”. Should you crash, the game would show the player a video of their mishap in all its glory, then reset and place them back on the road. Neat! 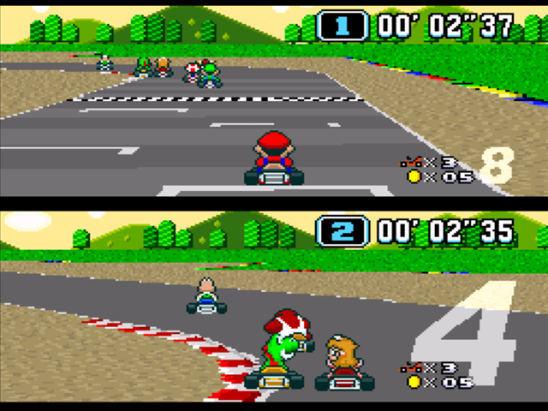 Ahhh, the pure joy of Mario Kart. Even if someone isn’t a card-carrying gamer, how could they possibly not love the unadulterated joy of racing against their friends in Mario Kart? Countless house parties and get-togethers have been made infinitely better (or rescued entirely) because of this fun, classic racing game.

The praise that has been showered on Super Mario Kart proves the point – it’s been ranked as one of the top console games of all time by numerous outlets including IGN, GameSpot, and even Guinness World Records. Nine million copies of the game have been sold making this the third bestselling SNES game in Nintendo’s history.

Dropping banana peels to foil your competitors, launching green shells to send other racers flying, zapping every rider by lightning and shrinking them to half their size, and sliding your way to victory in the Mushroom Cup; countless wonderful memories have been made playing this gem! 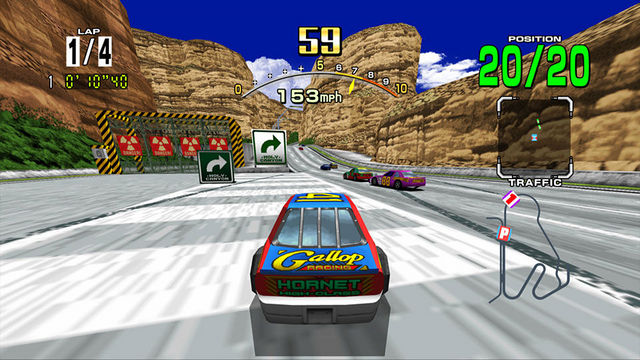 The 1990s were the golden era of arcade racing games, and Dayton USA was one of the finest of the bunch. As a kid, I vividly remember spending countless quarters at the arcade (shoutout to my mom and dad for the $) and climbing behind the wheel of Daytona to pilot my racecar around the track with reckless abandon.

Daytona was notable for several reasons, including being one of the best-selling arcade games of all-time and its use of groundbreaking 3D graphics. Every outlet that reviewed Daytona gave it top marks for quality and content, and multiple editions and remakes of the game have been released over the years.

The game allowed several cabinets to be connected together so you could race against multiple human opponents. One of the best features of Daytona is the gameplay: the racing is challenging and intense and holds up well even after all these years. This game is a legend!

To date, some 150 million copies of NFS have been sold since its release in the mid-nineties. That’s a lot. It’s actually enough to make it the most popular racing video game in history. One of the primary contributors to the game’s massive sales are the number of installments and sub-titles: in total, there are over 20 NFS games that span nearly every generation of video game console.

If you’ve never played it, NFS is a hoot. Players race all over the game’s varied maps completing challenges, smashing their way through the virtual world, running from the police, tuning cars, and much more.

An interesting tidbit on the original NFS was the collaboration between the game’s developer, Electronic Arts, and the storied automotive magazine Road & Track. R&T was responsible for fine tuning the driving experience and the subtleties that only experienced drivers would notice. Very cool. 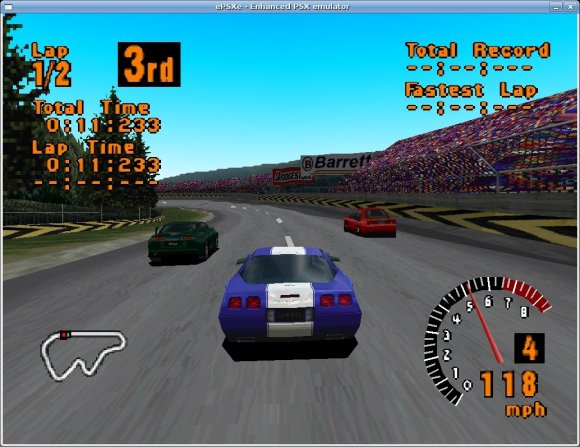 Our family’s first video game system was the original Playstation, and I remember playing Gran Turismo for hours on end. Besides being incredibly realistic and involving, Gran Turismo really helped introduced players to the concepts of career modes, fine tuning the cars they won or purchased, and filling up the framework of the game with personal experiences.

Over the years, GT has evolved into the second most popular racing video game of all-time, only just behind The Need for Speed. One of the other things that makes this series so special is the sheer number of vehicles and tracks players can choose from. GT6, which came out in 2013, has over 1200 cars and some 100 circuits to race on!

The latest version of the game, Gran Turismo Sport, was launched in late 2017 and only builds on the series’ reputation as a world-class racing sim. 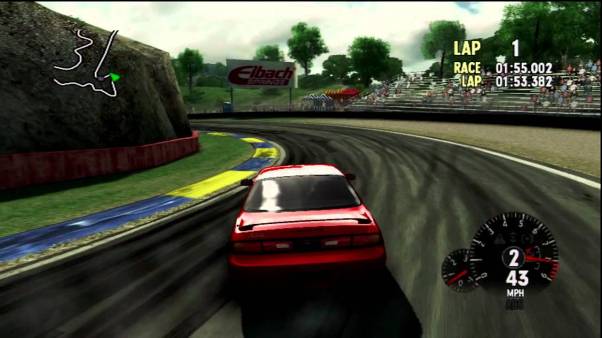 Like Gran Turismo, Forza takes attention to detail and the obsession with fuel and speed to the next level. It may not have the longevity and sheer number of titles and units sold that Gran Turismo does, but Forza has done over a billion dollars in sales since its release. Not too shabby.

One of my favorite things from the series is the collaboration with Top Gear on Forza 4. Having Jeremy Clarkson and the other TG hosts do the commentary and vehicle descriptions was just awesome. #carnerd

Another special element are the game’s graphics. The engineers and artists from Turn 10 Studios have gone to incredibly lengths to create ultra-realistic digital replicas of the hundreds of vehicles players can get behind the wheel of.

2012 saw the release of Forza Horizon which was an interesting departure from the standard Forza recipe. Horizon is an open-world game more akin to games like Midnight Club where players could progress through a series of quests and adventures in their high-end cars.

Of all the games on this list, iRacing is easily the purest racing simulator of the bunch. It brilliantly recreates the experience of swapping paint in an entirely online environment and allows players to race everything from NASCAR to IndyCar to Rally.

One of the things that sets iRacing apart from other racing sims is how close to reality its developer FIRST, LLC, has tried to make the experience. Each track in the game has been laser scanned to maximize accuracy, as have the cars players can race.

While iRacing isn’t as popular the likes of Forza and Gran Turismo, it has been designed to create as authentic a racing experience as possible. Case in point – several professional racers including Dale Earnhardt Jr. and Jacques Villeneuve are fans of the game and appreciate its accuracy. The game can actually be used as a tool to help someone learn the nuances of particular tracks.

Nothing can replace the intensity and excitement of racing and driving in the real world, but these legendary video games get us mere mortals as close to hoisting that championship trophy as we’ll ever get.